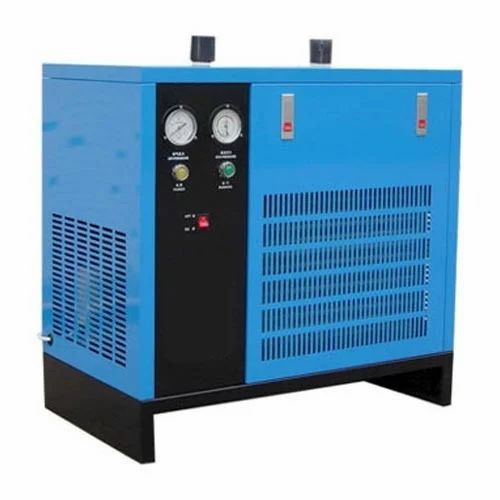 Refrigerated air dryers are used for dew points between + 2 ° C to + 10 ° C and have a lower limit that is the freezing point of condensing water. They are available as stand-alone machines or as internal drying modules in compressors.

The latter has the advantage of a small footprint and offers optimized performance for the specific performance of air compressors.