The most well-known of all yoga texts, the Bhagavad-Gita is a passage from the Mahabharata that contains 701 verses. It is one of three major Sanskrit epics in India. It is also one of the longest epic poems in the entire world. 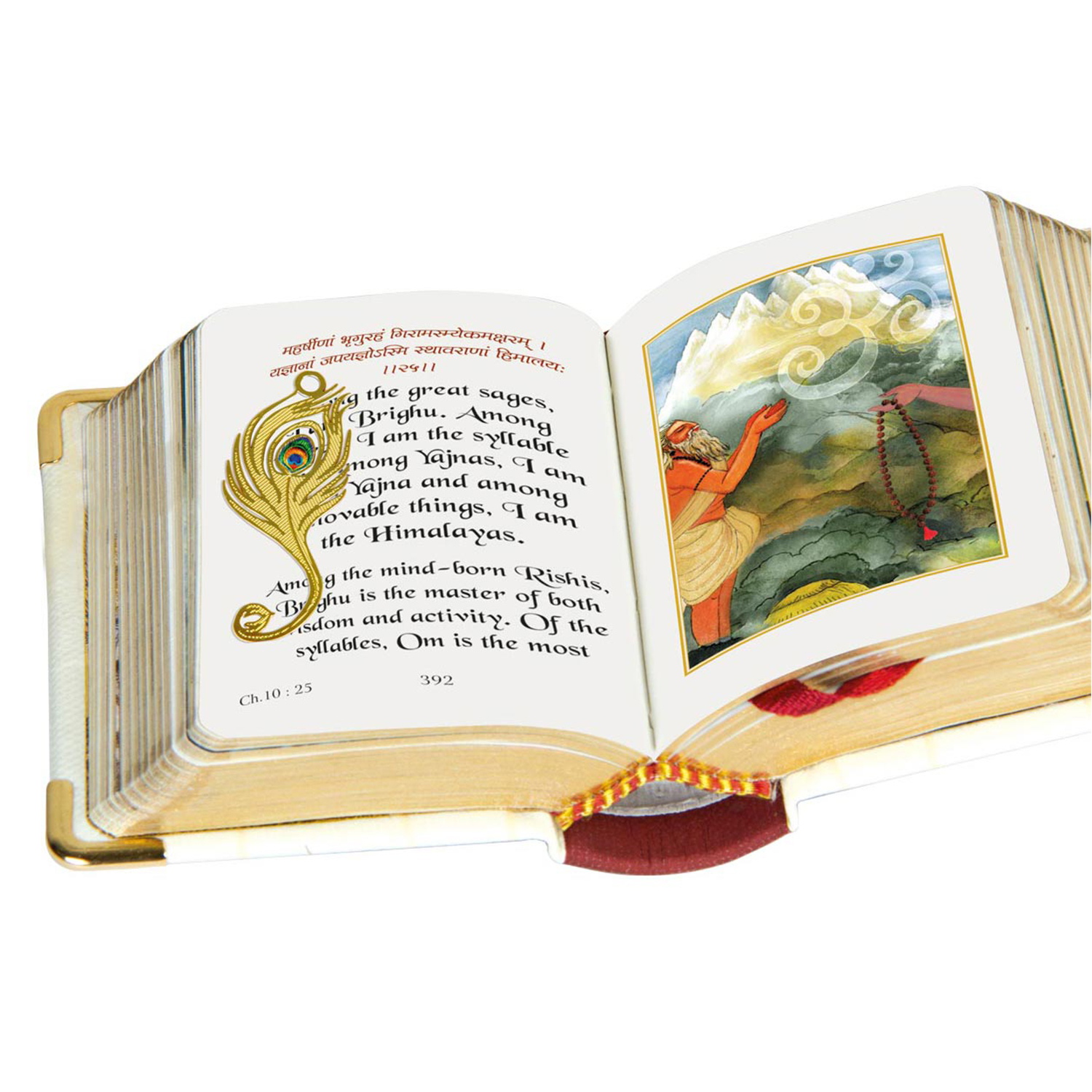 The Gita is the common name for the conversation between Arjuna the reluctant warrior and Krishna the spiritual advisor just before the final battle on the battlefield at Kurukshetra, where Krishna declares that he is God.

The dialogue between these men, which spans the 18 chapters of the text, basically explains the purpose and meaning of life and existence.

The Bhagavad-Gita is similar to Christian teachings. It teaches us that death is simply the shedding off of the body, and that the human soul can never be lost. It's the difference between focusing only on what is temporary and what is permanent.

Krishna says that the root of suffering in human beings is the disruption of the mind caused by the desire to have what is material. This is why it is important to get rid of the desire for material things by calming the mind with discipline of the intellect and senses.

However, it is equally harmful to withdraw completely from the action than overindulgence. You need to find a middle ground or a compromise. The goal of life is to free the mind and intellect of all involvement with the natural world.

To focus on the glory of the Self, one must dedicate every action to the service of the divine. The yogas' meditation and action, devotion and knowledge can help you achieve this goal.